Taylor Swift Embraces Fans with More than Her Music

May 15th, 2010. Nassau Coliseum, NY. Taylor Swift embraced the crowd with her music and and her hugs as she showed up at various areas in the sold out arena's audience to get up close and personal with her fans. I've never seen this done at a large venue before. She really gave us a 'down home' feeling. It was a magical experience for fans to be so close to Taylor. People shrieked with delight as she walked through the designated areas hugging and greeting them while singing; some girls were overcome with tears of joy. Taylor exudes a genuine warmth, as if she is one's best girlfriend. She is gentle yet strong and fearless.

My daughter, Alana Galloway invited her friend Lauren Gimpel. The girls were fortunate enough to be seated in an enclosed area with about a dozen teens for some of the concert. We watched in awe as Taylor performed a few feet from us on a revolving stage. Taylor opened, "Fifteen" stating, "One day, when I was six years old, I asked my guitar teacher about playing a twelve string guitar. He looked at me and said, you don't have to worry about that your hands will never be big enough to play a twelve string guitar." She then began to play "Fifteen" on her 12 string guitar with undeniable skill. The crowd roared with enthusiasm. This was one of the many empowering messages of confidence that Taylor conveyed during her show. I think she is a great role model for youth. She is inspirational, teaching confidence and positive self esteem through her music.

Alana Galloway said, "Taylor Swift has been my favorite singer for a couple of years because of her undeniably incredible singing talent and the message she sends through it. Even I, a twelve-year-old kid, can see the honest confidence she fills people with, and seeing this concert only confirmed my thoughts. Taylor Swift is truly amazing, as was her concert. I had an incredible time and am sure that even if I live to be one million, I will never, ever forget this night."

Lauren Gimpel stated, "This concert was exciting and very meaningful to me because Taylor is a beautiful and talented singer who is also a wonderful person. She's a great role model for us. The songs she writes about herself represent a real girl's experience, and inspires teens all over the world to be themselves, and to be "Fearless."

Gary Herman of New York City, parent of a twelve year old boy named Teddy brought 5 children (boys and girls) to Saturday night’s concert. He said, “We all loved the show. Taylor’s music is not only wholesome but enjoyable for kids and adults. We can’t wait to see her next concert.”

Taylor Swift performed to sold out crowds in Newark, New Jersey's Prudential Center and Nassau Coliseum in Uniondale, NY during her Fearless tour which began in Brisbane Australia on Feb 4th, 2010 and will end on July 10th in Canada. Taylor's tour is appropriately titled "Fearless." She is very successful conveying that message, telling her fans, " I love you like I love my sparkly dresses." We love you too Taylor. Keep up the good work and please come back to New York soon. 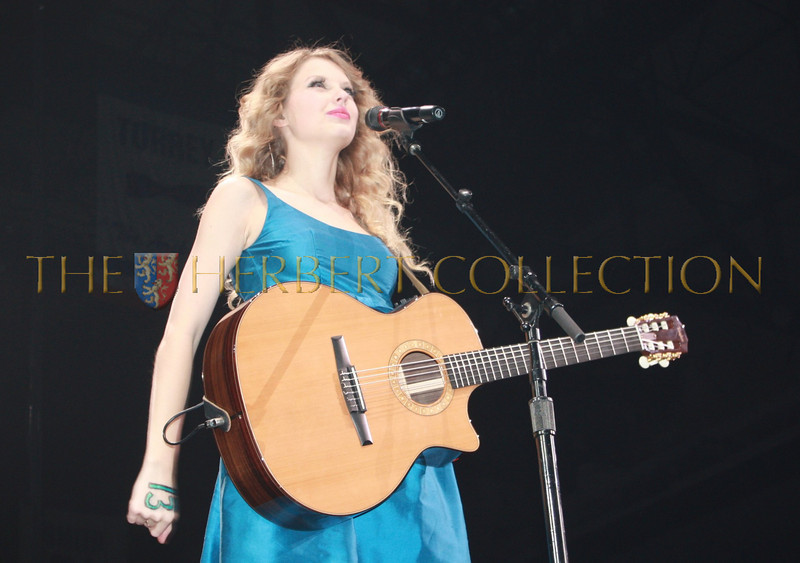