Novmber 12th, 2008. New York City. Ben Stiller was honored for his accomplishments by the Museum of the Moving Image at Cipriani 42nd Street. This was the 24th Black Tie Gala for the Museum. Ben Stiller is one of the great talents of American entertainment. A memorable actor, an accomplished director and writer, an Emmy-Award winner, and an innovative producer," said the Museum Director Rochelle Slovin, "Ben is also a great collaborator, and has partnered with the finest directors and actors working in film today."

A wide array of presenters who came out to wish him well. Amy Adams, Will Arnett, Jack Black, Sean Combs, Robert di Niro, Bill Hader, Shawn Levy, Mike Myers, parents Jerry Stiller and Ann Meara, and Triumph The Insult Dog, who left 'no insult unturned.' Everyone had a funny story to share about Ben. His parents spoke about Ben's childhood. They felt he was destined to be an entertainer recalling their days as performers in Las Vegas, saying that while they were on stage Ben was at the pool or being watched by the Pips and other performers.

We were entertained by scenes from Dodge Ball, Flirting with Disaster, Meet the Fockers, Zoolander, The Ben Stiller Show, Tropic Thunder, There's Something About Mary, and Permanent Midnight. An added bonus came when we were the first audience to be treated to a preview of the upcoming Night at the Museum2; Battle of the Smithsonian.

Ben said, "Great actors have the ability to choose the right roles and have hope that they can be anything they want." He spoke of his love of film making since he "was a kid." Ben is the Museum's 24th Honoree, and joins an exceptional group of past recipients including, Tom Cruise, Will Smith, Robert di Niro, Richard Gere, Tom Hanks, Mel Gibson, Goldie Hawn, Dustin Hoffman, Ron Howard, Sidney Lumet, Steven Spielberg, James Steward, Robin Williams, John Travolta, Barbara Walters, Elia Kazan, and Billy Crystal.

The Moving Image Salute raises funds to support the Museum's educational programs, which serve over 30,000 intermediate and high school students each year. It is the only institution of its kind in the USA. The Museum of the Moving Image houses the world's most important film, TV, and digital media collection-more than 100,000 objects. To learn more go to http://www.movingimage.us 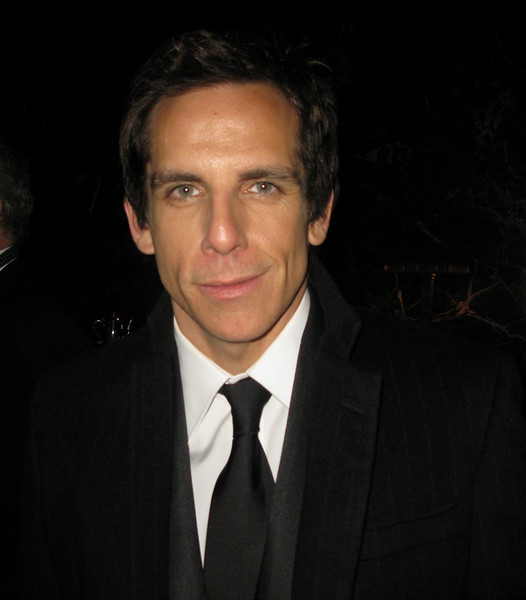 Ben Stiller To view more photos of this event go to http://www.patrickmcmullan.com